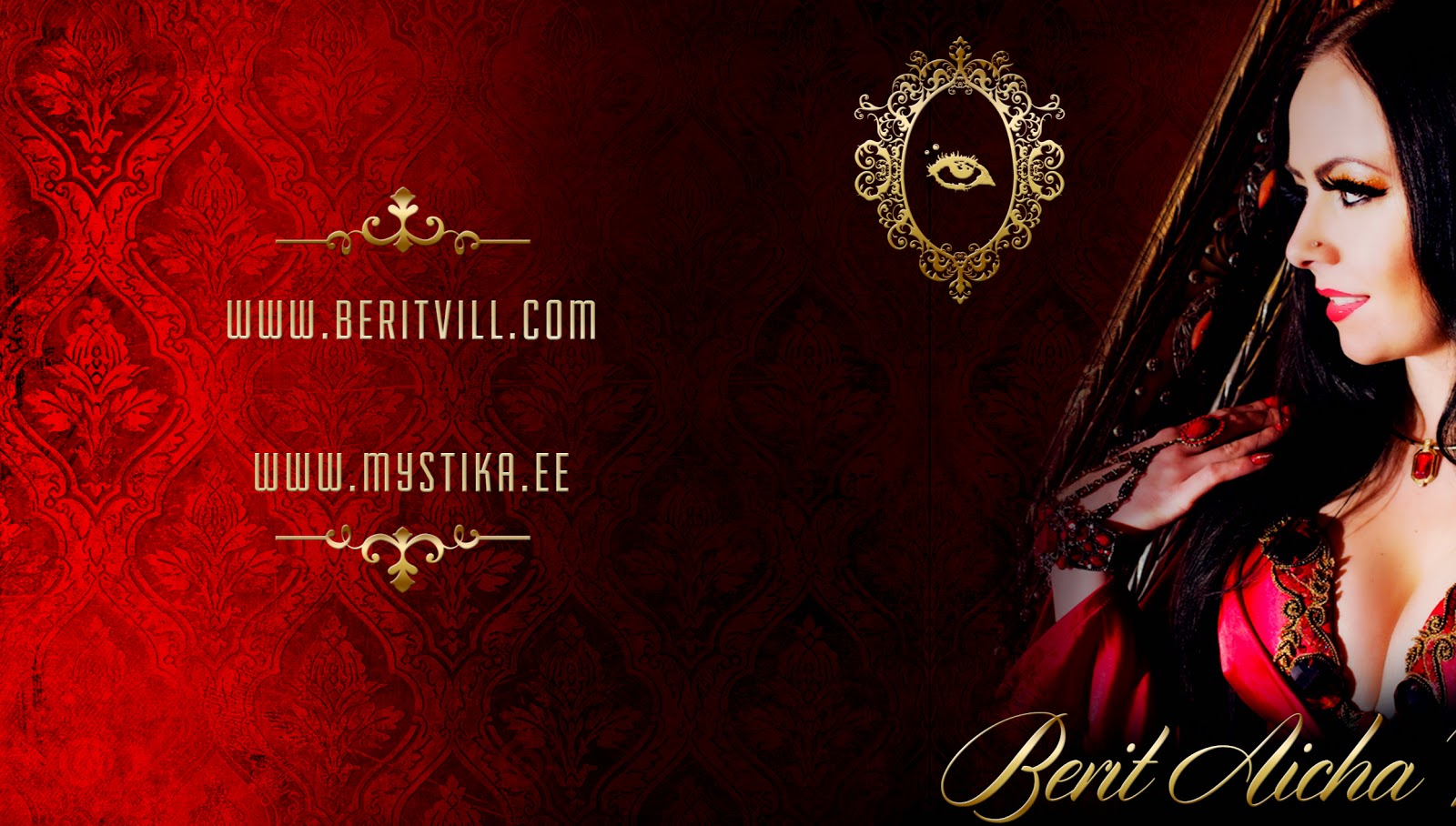 Articles about Ethnic and Tribal Jewellery and Dance

1. A study about Kuchi Jewellery! " This article focuses on jewellery made by the Kuchi people,which is still one of the marginalized topics. It presents the best-known typesof Kuchi jewellery, the way it is worn, the most commonly used materials forits production and the most utilized jewellery techniques."

2. Article from a Blog: THE AFGHANISTAN OF TODAY
https://afghanistannow.wordpress.com/tag/kuchi-jewelry/?fbclid=IwAR2aWiDZ4-tIRWKjfDgYp4EFF1tH7gq8yxtHgOygbFxZEw9ZpKK-PumpInA

Memorial to Jamila Salimpour
Articles on Gilded Serpent and Testimonials regarding the Icon  http://www.gildedserpent.com/cms/2017/12/21/memorial-to-jamila-salimpour/

continues...
Posted by Berit Aicha Vill at 8:37 AM No comments:

"Imagine this: there was a time in history, a long time ago, when the bounce and sway of a woman's hips was considered so beautiful that they set it to music and made a dance out of it…"

FCBD®Style celebrates the strength and beauty of women working together as a group. Formatted steps, cues, eye-contact and the familiarity of musical phrasing allow dancers to stitch together an improvisational tapestry each time they dance.


NB! The following material is meant for everybody, who are interested in tribal style bellydance and what this style has been influenced by, but it is not a learning-book, rather it is an extra material provided to those dancers, who are already learning tribal belly dance style.
You can ask more info about the steps and dance vocabulary from your teacher on nearest studio, that teaches tribal belly dance in your location.

Please note, that the order goes: first photo and then explanation. Enjoy! :) 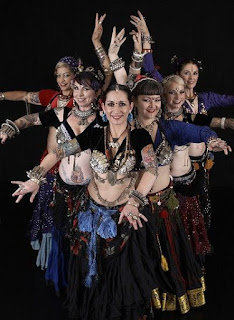 The Ghawazee dancers are some of the indigenous professional dancers of Egypt. These traditional entertainers are becoming harder and harder to find as time passes. There are main movements and positioning of two of the most popular Ghawazee groups that are found in Modern Egypt; the Banat Mazin (Egyptian Arabic: بنات مازن‎) of Luxor and the Sumbati Ghawazee (Egyptian Arabic: غوازي السنباطي‎) of the Nile Delta. Banat Mazin are famous for their traditional Upper Egyptian vintage-style costume, so you can see how the movements would be affected by the costuming. The Sagat (finger cymbals), are optional but recommended in the Upper Egyptian/Saidi style.[1] 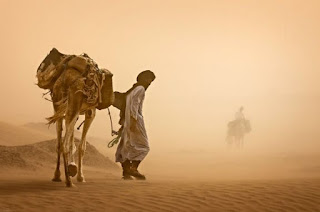 Nomadic hunting and gathering—following seasonally available wild plants and game—is by far the oldest human subsistence method.[5] Pastoralists raise herds, driving or accompanying in patterns that normally avoid depleting pastures beyond their ability to recover.[citation needed]
Nomadism is also a lifestyle adapted to infertile regions such as steppe, tundra, or ice and sand, where mobility is the most efficient strategy for exploiting scarce resources. For example, many groups living in the tundra are reindeer herders and are semi-nomadic, following forage for their animals.
Sometimes also described as "nomadic" are the various itinerant populations who move among densely populated areas to offer specialized services (crafts or trades) to their residents—external consultants, for example. These groups are known[by whom?] as "peripatetic nomads".[6][7] 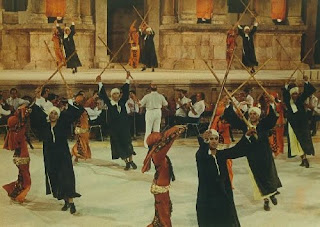 Saidi dance is a folkloric dance (one of the baladi dances) from the Sa’id, a rural area in Southern (Upper) Egypt. The dance style includes a lot of energetic bouncy footwork and horse-styled steps, and frequently incorporates a stick or cane, called an Assaya (Arabic for stick). Saidi-style Raks al Assaya is the classic masculine dance of the Egyptian stage.

Raks Saidi: A dance from the Said region of Egypt, often (but not always) done with a stick or cane.

Raks Al Assaya: Dance with a stick or cane. Often done in Saidi style, but not always. The Tuareg speak languages of the same name (also known as Tamasheq), which belong to the Berber branch of the Afroasiatic family.[6]
The Tuaregs have been called the "blue people" for the indigo dye coloured clothes they traditionally wear and which stains their skin.[7][8] A semi-nomadic Muslim people, they are believed to be descendants of the Berber natives of North Africa.[9] The Tuareg have been one of the ethnic groups that have been historically influential in the spread of Islam and its legacy in North Africa and the adjacent Sahel region.[10] 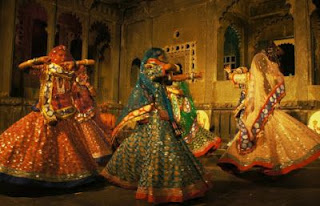 A keski is a type of turban, a long piece of cloth roughly half the length of a traditional "single turban", but not cut and sewn to make a double-width "Double Turban" (or Double Patti).[2]
Wearing turbans is common among Sikhs, including women.[3] The headgear also serves as a religious observance, including among Shia Muslims, who regard turban-wearing as Sunnah Mu'akkadah (confirmed tradition).[4]
The turban is also the traditional headdress of Sufi scholars. Additionally, turbans have often been worn by nobility, regardless of religious background. They are also sometimes donned to protect hair or as a headwrap for women following cancer treatments.[5] 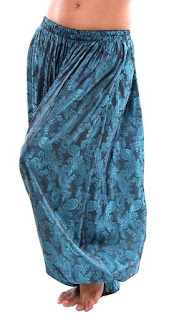 A bindi is a bright dot of some colour applied in the centre of the forehead close to the eyebrows worn in the Indian subcontinent (particularly amongst Hindus in India, Pakistan, Bangladesh, Nepal, Bhutan and Sri Lanka)[2] and Southeast Asia among Balinese, Javanese, Malaysian, Singaporean and Burmese Hindus. A similar marking is also worn by babies and children in China and, as in the Indian subcontinent and Southeast Asia, represents the opening of the third eye.[4] Bindi in Hinduism, Buddhism, and Jainism is associated with ajna chakra, and Bindu[5] is known as the third eye chakra. Bindu is the point or dot around which the mandala is created, representing the universe.[3][6] The bindi has a historical and cultural presence in the region of Greater India.[7][8]

Posted by Berit Aicha Vill at 10:18 AM No comments: